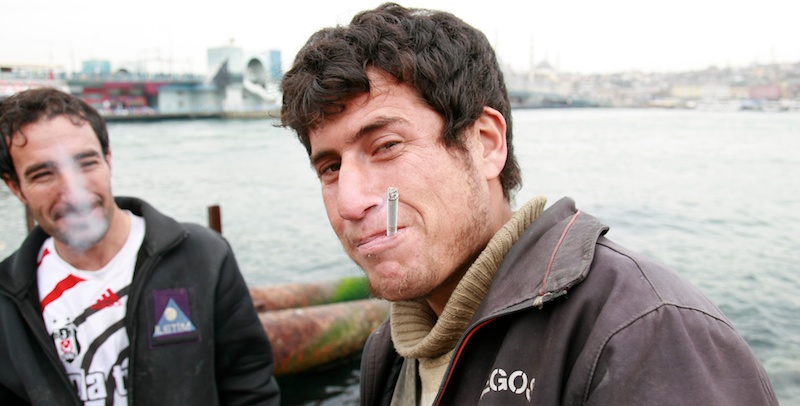 When I was a child and my father read bedtime stories to me, he always finished with the same question: “And what is the moral of this story?” Then he usually answered the question himself. Suspiciously, the moral of the story was most often related to stuff that had been going on in our family, or in school: To succeed in life, one has to be nice to one’s brothers, do one’s math homework, or help one’s mother do the dishes.

I learned that the moral of the story is a trick the narrator uses to make the listener do something, or believe something, that he thinks is important. As a kid I felt like I wasn’t taken seriously by my father, and even today, when a film comes up with that moral thing, I feel like there is someone disrespecting my brain.

Later in life I became a story-teller myself.

I love to learn about people and I love image and sound. I became a documentary filmmaker. But I don’t want to share a moral, or tell people what thoughts they should have in their brains. Usually, as a documentary filmmaker, I end up in situations where, of all the people that are around, I am the most clueless. So why should I – the clueless one – be the one to explain to an audience how things work?

In 1997, around the time I discovered my interest in storytelling, I also found my fascination with computers. That led to the development of Korsakow. For the last three years I have been working together with Matt Soar and our programmer Dave Reisch who has rewritten the code of Korsakow from scratch, and built the foundation from where we can further develop the application.

For my own work, I almost exclusively use Korsakow and, depending on the way you count it, I have made (depending on how one counts) between 7 and 45 Korsakow-films. Last year, for the first time in my life, I also made a linear film (ie a film that is the very same every time you look at it). This film is called Planet Galata, a portrait of a bridge in Istanbul, and the people living on and around it. Planet Galata was made for French/German broadcaster ARTE, and there are two versions: a linear film and a Korsakow film. It was an amazing experience to make a linear film alongside a Korsakow-film. In a nutshell: The linear version of Planet Galata created some kind of moral, or message. I tried not to, but the film – the format of linear film – made me do it. It is the format of linear film that demands a moral, or a message. The author can fight it, and maybe some great masters of filmmaking sometimes succeed, but linear film is a monster and it demands moral.

An author can be either one or the other:

That said, also non-linear, multi-path and flexible-structured projects (I call them multi-linear) are usually made by authors who still take the role of masters of the story: The experience of the viewer, the order of things, has been per-thought by the master. The order is certainly more flexible than in a linear film, and these multi-path films do not always look the same, every time you look at them, but nothing happens that the author did not pre-think.

The medium of the story. Here the author prepares the material, the bits and pieces of the story; she can also be present as a voice; she can state her view, or her opinion, just like in any linear film. The difference is that the author creates the rules of the film, but does not pre-think the film. And that allows her to tell stories that are usually very, very difficult to tell in films, stories that are inspirational, but that don’t have a message or moral. – Korsakow is a tool that allows the author to be the medium of the story.

Korsakow allows to create stories – without a moral.

{ This text was originally written for a talk given at Visible Evidence in New York in August 2011. }