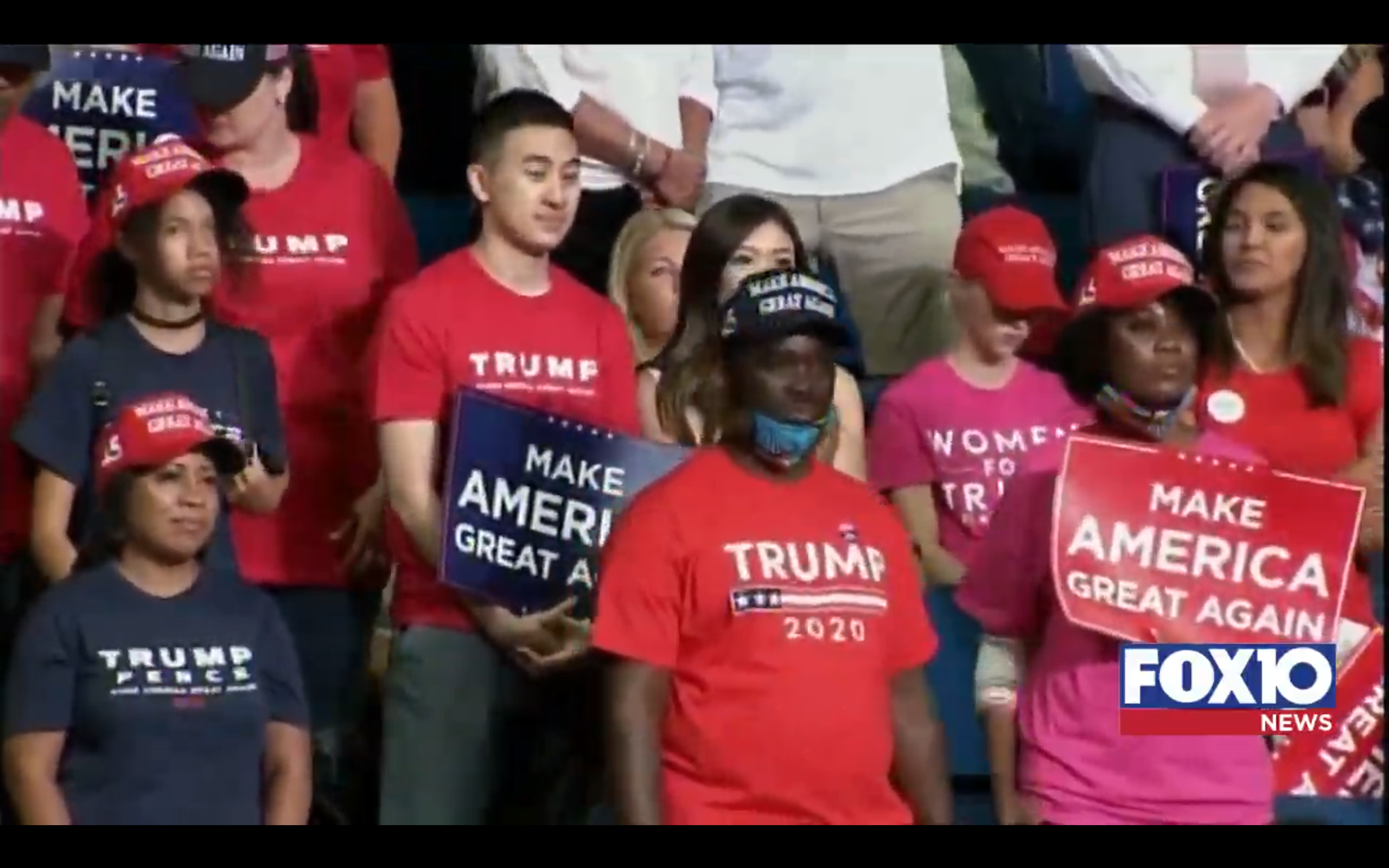 It is an obsession of mine to watch Trump rallies live on the Internet. For hours. It started in 2016, I’ve probably seen 50 performances of Trump in their entirety by now.

Yesterday Trump went on stage in Tulsa. It was the first Trump Rally in a long time, Trump wanted his show and despite Corona, he got it. Today I read that children all over the USA organized themselves to buy tickets and made sure that many rows in the hall remained empty. It may have contributed to what happened next.

I found a live camera on YouTube, which only filmed the audience during the whole rally. The camera was from Fox News. Trump always talks in his rallies about how the cameras of the ‘mainstream media’ are always focused on him, but never show the huge crowd of people who come to his events. Trump got the camera he always wanted – a camera that only films the audience.

I came across this lifestream by chance. Not many people were watching (800, 1000). There were pictures of stunned faces, people who obviously couldn’t believe what they saw. Trump was babbling madly like I’ve never seen before, for example he talked for 10, 15 minutes about how and why he carefully walked down a staircase and tried to make fun of the fact that there were people who saw this as a sign that Trump had a health problem. He said (apparently inadvertently) that he had Parkinson’s. ‘People say I have Parkinson’s. It is true, it is true.’

You could feel sorry for Trump making a fool of himself on stage and you could see it in people’s faces that they felt sorry for Trump, that they didn’t want to believe that their idol was just an old babbling man. You could see the horror in people’s faces when they realized that. How they still want to believe in Trump, how they want to clap when Trump serves up his campaign classics. You can feel sorry for the people.

Trump rallies are for Trump fans. They must have been especially die hard followers this time, who set out in the middle of the Corona pandemic to see their idol.

You can see the shock on people’s faces in the pictures.

I could not believe it myself. I took one screenshot after another.

It may have had something to do with children organizing themselves on TikTok, ordering tickets and the hall not being full. Maybe it was the children who triggered an avalanche, maybe the avalanche would have been triggered on its own. The avalanche of knowledge: the emperor has no clothes.

More images in the gallery.