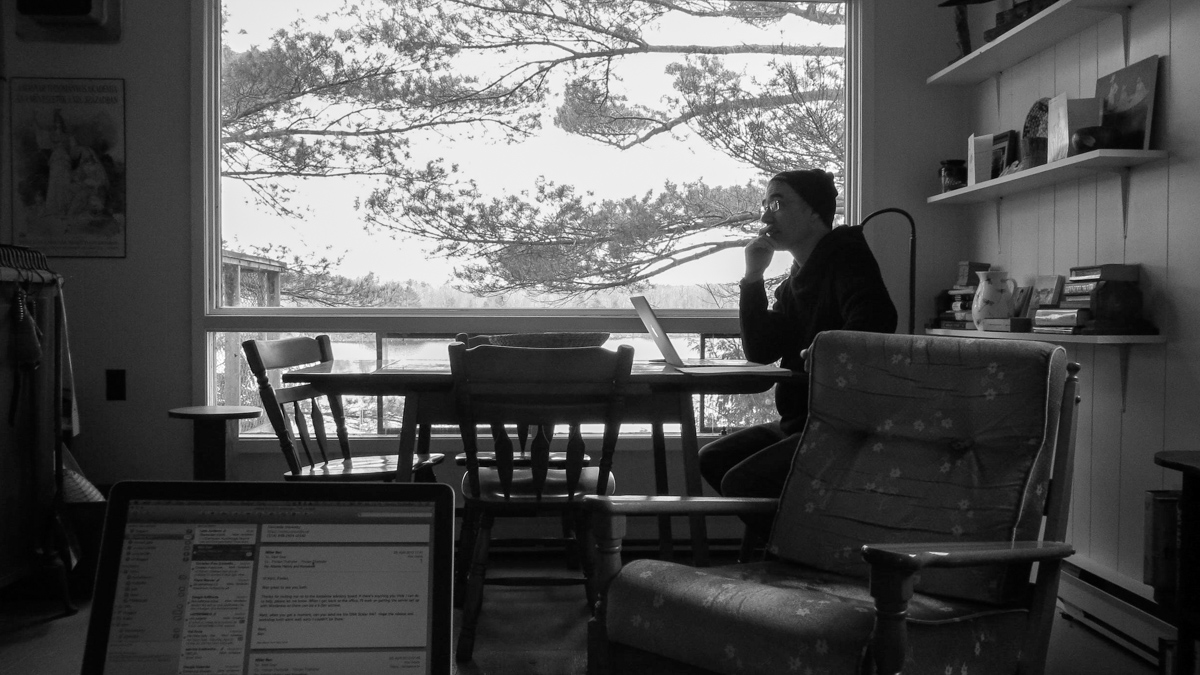 People often ask me what I want to say with what I say. They ask me things like „What is the message of your film?“ and then they ask me „And who is the audience for your films, for your texts, for what you put out into the world?“. I used to say: „I don’t think of an audience.“ I said that for many years, at many instances, on many stages and then I learned that this is not quite true.

I do have an audience and I know my audience very well. The audience is one person, and that person is me. „So if it is only for you, why do you need to put it out into the world?“ might be the next good question and I have two answers.

The second reason is that when I put something out, sometimes other people come and look at it. Naturally other people look at the thing from a different viewpoint than me. Sometimes people look at the thing in a way that I would not have been able to see myself. When they are so kind and patient to point that out to me, I then can see something that I never saw and most likely would have never seen on my own. This can be enlightening or simply helpful to better understand what I thought and what I think of the thing that I can now see with their eyes.

Many people do it like me. They do it on Facebook or Instagram on YouTube. People put things out into the world and have other people look at it and learn from what these people see.

But just few people put things out into the world to learn from the thoughts of other minds.

Most people are still in the habit of making statements. It seems they want to convince other people to think the same as they do, to look at the thing from the same angle.

Most of the time it is not obvious what the motivation of someone that put something out was when that someone put it out. And from my own experience I can tell that for the longest time I did not know myself what my motivation was.

Mostly people still put out things into the world with the intention to deliver a message without even being aware that it is usually not them who came up with the message in the first place. Usually, it is a message someone else put into their head. So, without knowing these people broadcast the messages of somebody else.

This happens a lot. But as new generations grow up with these web-based tools that make it easy for anyone to put out things, more and more minds start putting out things into the world before they have gotten a message stuck into their head by someone else. These people more and more use the tools to look at things and think collaboratively. They use these new tools not as tools to broadcast opinions but as research tools, tool that help them learn about the world, tool that help them to collaboratively build and maintain vast collections of meaningful things. They use these new tools to collaboratively look and evaluate the things they collected. And while they are doing that, they learn to better use the tools and further develop the tools simultaneously.

This enables them to see patterns that humans have never seen before that no one has realized before and they do that by using not only one brain but many brains, the brains of all the people participating in looking at the same things and start to communicate what they see without starting with a message.

These people don’t need to dumb down reality into messages, they don’t need to tell simple stories, they are able to embrace and enjoy the beauty of complexity.