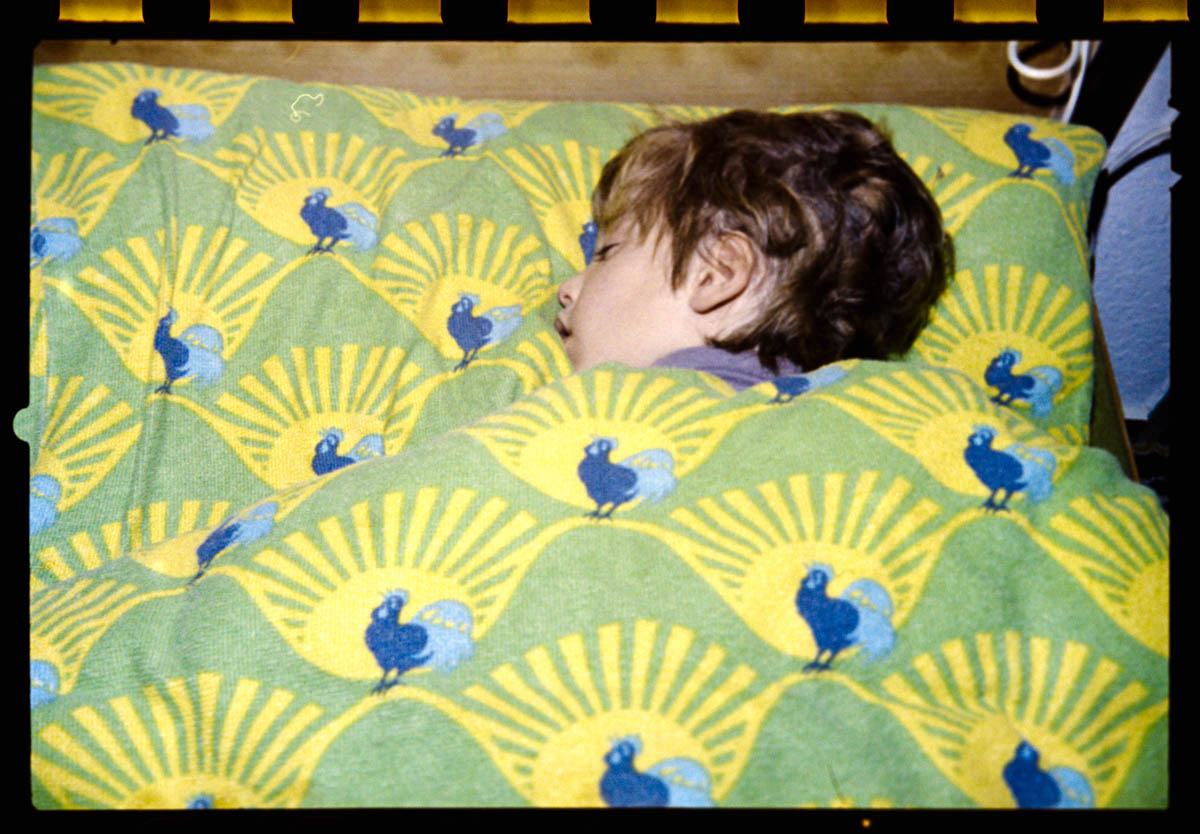 I sit in the kitchen in the morning sun and drink coffee. Some asshole is riding his moped down the street. How the noise of those mopeds annoys me, I think. And then I look at the thought. What is it about that noise that bugs me? Could I love that noise too? I dig a little in my memory.

Was it Italy or Greece, whatever, an apartment or maybe a room in a bed and breakfast? In a seaside resort not far from the beach. Roof terrace or balcony, or just an open window? Outside, the sound of a moped. The smell of coffee, breakfast, hard-boiled eggs. Yes, I can remember hearing the same engine noise and how I liked to hear it. How I listened to the sounds and how beautiful the moment was.

When I was a kid, all that was, was what it was. It was only with language that I began to judge the world, that I began to divide it into good and bad. I can’t remember ever crying. Sure I cried, like every child, I just don’t have a memory of it. But I can remember moments of happiness and those moments were nothing special.

When I think of moments of happiness in my childhood, I remember the sand in my hands, the tiny little red beetles on the asphalt but not the Carrera track that I got for Christmas and which I had to defend against my brothers until one day it was forgotten in its box.

So what distinguishes the sand in your hands from the Carrera track? The sand in my hands is a moment, a moment, meaningful only because I remember it.

The Carrera track is also a memory, but it is not the memory of a moment, it is the memory of a story that had its beginning (Christmas), drama (the fight with the brothers) and an end (the box in the cellar). A story with a timeline, a connection of moments to a unity. I don’t remember the moments, I remember the story, which, like any story, is connected to suffering. A story in which there is no suffering does not exist, it does not function as a story.

Are there also moments of suffering? I do not have to search long in my memory to find an example. In my early thirties I had a slipped disc. I had never had such pain in my life and never since then. I lay on the floor alone in my apartment for many hours and could not move because the slightest change in my position caused even more pain. But the strange thing is, when I think back to this moment there is no wound. On the contrary, it is an experience that I do not want to repeat, but I would not want to miss.

I have often asked myself how this can be and I put it this way: I have never been nailed into a moment like I have been then, for hours. There was no thought of the future or the past, there was only the concentration on the position of my body and on finding, through a tiny movement, a position that was perhaps a little less unbearable. I was so occupied by the moment that I had no resources to think about the future or grieve over the past. What was, was the moment, for hours.

So it’s not the noise that’s annoying. Suffering doesn’t seem to be caused by pain alone either.

Then what is it?

I have a suspicion that the suffering is rooted in the story. In the story with its beginning and its end, which is accompanied by an evaluation of what the story is, be it positive or negative. Story always has something to do with verdict, with judging what to learn from it, for later.

From a moment you learn nothing. The sand in your hands, the unbearable pain.

2 Replies to “Sand in the Hands”