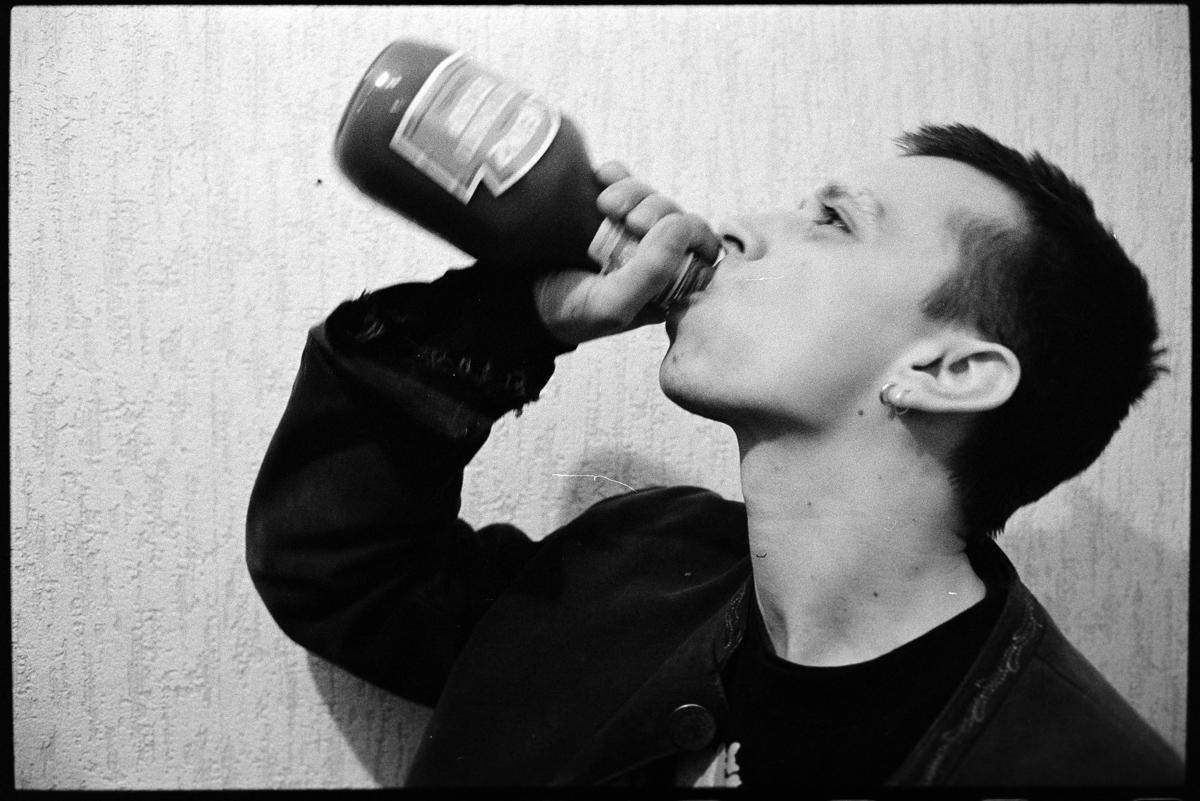 A story from two points of view at once

View on the detail (the story)

On Easter Sunday around noon I was standing on the driveway to Tegel airport. Actually I had thought that I am the coolest dog, because I drive up to my Corona vaccination with the motorcycle. In fact, however, there were many even cooler dogs, because much older and with even bigger machines. At the checkpoint at the entrance to the airport there was a traffic jam. Car drivers, motorcyclists and some who came on electric bikes. Pedestrians were checked at another entrance.

I was turned away. I had expected that. I had been happy to get a vaccination appointment – happier than I had expected. A few days before my appointment, however, it was then decided throughout Germany that under-60s should no longer be given AstraZeneca, the vaccine that had been scheduled for my appointment, because of complications in some cases.

Women were more affected than men – in Germany, there were exactly 2 in men. Two complications in one million men who had been vaccinated. The probability that I (a man) would have complications was therefore 1 in 500,000. That is very, very unlikely.

Looking at the detail (the story)

I had read somewhere that in Stuttgart people who already had an appointment could get vaccinated if they would do it at “their own risk”. I would definitely do it at my own risk, 1:500,000 seems a small risk to me, compared to the risk of getting severely ill with corona. But in Berlin, other rules apply, and so I could watch men with big beards as they sped towards the airport, which had been rededicated as a vaccination center. I drove home again.

The next morning, while brushing my teeth, I had something like the following thought: Some other monkey got my vaccine yesterday. If I get Covid now, it’s the fault of those up there, the politicians, who make stupid decisions beyond mathematics because they’ve been so rattled by the people’s voice (or at least 10% of the people’s voice) that they no longer look at the numbers but at the impact it could have if stories of vaccine complications spread (which, no matter how unlikely they were, were sure to come). Gasoline on the fires of the believers of know-it-alls.

So the vaccine dose landed not in my arm the day before, but in another. And another monkey (the one belonging to the other arm) is thus protected.

Since the vaccine is not dumped, but simply distributed in a different way, nothing happens from the perspective of the whole. Instead of one group, another group is vaccinated first and the first group is vaccinated later. At the moment, the goal is to vaccinate as many people as possible, given limited capacities. It doesn’t matter who they are. You just have to set an order and because you don’t want to do it according to the size of their wallets or the number of connections (like recently with the accesses to the hip app Clubhouse or at an earlier time to Gmail), you just do it in the order of how at risk someone is to fall ill with Corona. Something like that, at least.

Looking at the detail (the story)

I personally don’t feel so much at risk, I have to say, but I ended up on this list.

The politicians who were responsible for this decision (i.e. not to vaccinate under 60-year-olds with this vaccine) had to decide. – Ok, there is a certain risk (a very small one in men) that complications could occur with this vaccine. So what does more harm, if the decision makers change their ‘opinion’ and thereby unsettle the people – or the politicians stick to the given direction and through the inevitable stories coming over the country (2 stories for every 500,000 vaccinated) the people are unsettled. Either way, the people will be unsettled (perhaps other groups in each case, but anyway). In the matter it makes no difference, because no matter how the decision turns out, the number of vaccinated increases.

And so the politicians simply decided the way they did.

Looking at the detail (the story)
Of course, this is rather stupid for me now.

View on the whole (the data)
Actually, it doesn’t matter.